Experiences at the 2017 One Young World Summit

Many who have been to the One Young World Summit have described the experience as life changing. When I heard that I was selected to be ISCA’s representative for the Summit, a sense of nervousness and excitement engulfed me as I thought about what I was going to experience, the people I was going to meet and the stories I wanted to share with the delegates at the Summit. There was to be 1,300 young people from more than 190 countries all around the world. It would have also been my first time in South America and I was extremely excited to be able to experience the people and culture of Latin America.

Bogotá, Colombia, where the 2017 One Young World Summit was held, is the perfect setting for a gathering of youth with many ideas and who wants to change the world. Colombia is at its crossroads, having recently negotiated a peace deal with the Revolutionary Armed Forces of Colombia (FARC), which ended a 50-year armed conflict that had torn the nation apart. The Summit organisers chose peace and reconciliation as the over-arching theme of the Summit, which is a befitting theme for a country that has chosen peace and reconciliation as the way forward. This is a timely reminder to everyone, as we live in a world which is facing tensions in places like North Korea, Syria and Myammar. Closer to home, this is a constant reminder not to take the peace we have in Singapore for granted. 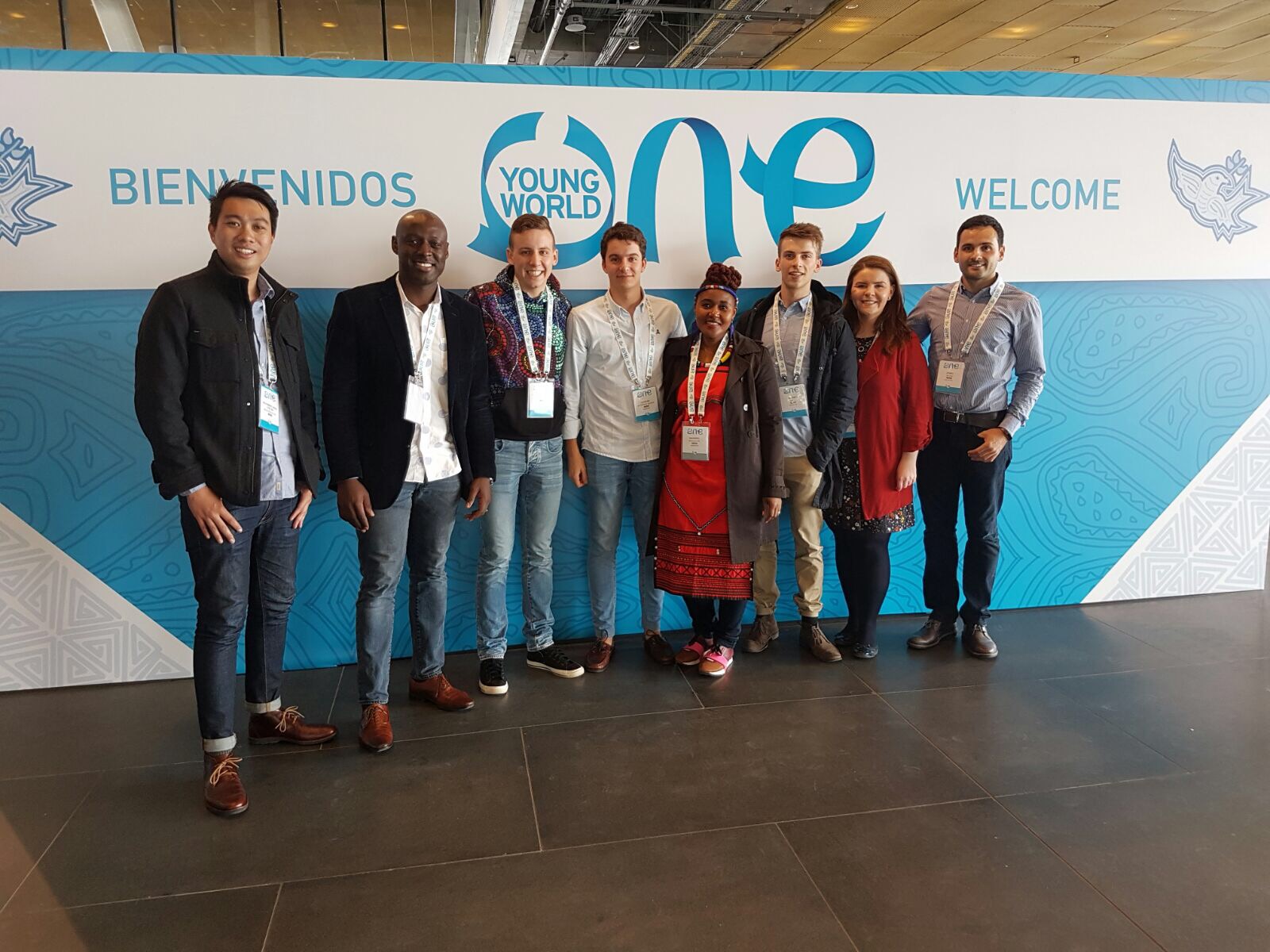 One of the most prominent speakers at the Summit is Muhammad Yunus, Nobel Peace Prize winner and pioneer of the concepts of microfinance and microcredit. He continues to inspire the world by constantly encouraging youth to stand up and make changes in all that they do. During the Summit, he introduced the concepts of the three zeros – zero poverty, zero unemployment and zero net carbon emissions. While these goals may seem lofty, it is up to us to make small changes in our lives to see that we get closer to these goals each and every day. One of the biggest lessons from his sharing that day was this – Yunus feels that many young people today lament that there are not enough jobs for them. He feels that it is important that young people create jobs for themselves, that they become entrepreneurs and masters of their own destiny. We need to move from becoming job seekers to becoming job creators.

Throughout the Summit, I was also able to engage with many young Colombians to learn about their history, the changes their country is going through and their hopes and ideals for a better Colombia. Many amongst them shared that they see Singapore as a country which is very successful – a country that is free from corruption, has a strong education system, a robust and resilient economy, and a deeply harmonious society. I felt a sense of pride as I shared with them how we, as a people achieved such feats despite being such a young nation with limited resources. It also showed me that despite geographical distances, there are so many ways that two countries can be so alike in our ideals and aspirations.

One of the best experiences throughout the entire Summit was meeting people and hearing stories about what they do in their communities and at their workplace. It showed me that no action was too small and that every person could make a difference as we make a collective effort to make the world a better place. The call to action was heard loud and clear. If every one of us makes that effort to make changes, one step at a time, we can achieve even the impossible.

Read here for more information on Chartered Accountants Worldwide and our involvement in One Young World.

Get Our News Here