ICPAS and ICAEW discuss ‘The Future of Audit’ 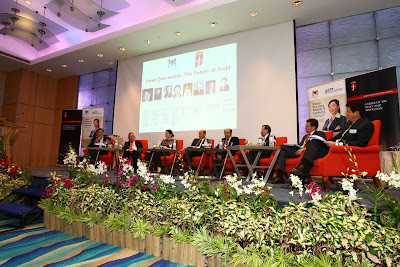 Leading accountancy bodies Institute of Certified Public Accountants of Singapore (ICPAS) and Institute of Chartered Accountants in England and Wales (ICAEW) today hosted a panel discussion on “The Future of Audit”. The discussion centred on the on-going debate surrounding the European Commission’s Green Paper entitled Audit Policy: Lessons from the Crisis.

The panel – consisting of business and industry leaders – came together to discuss the role and scope of audit in the 21st century with a strong focus on Singapore and the region. The debate examined constructive and practical ways in which audit can evolve to continue supporting business, the economy and society.

Mr Michael Izza, ICAEW Chief Executive, said: “In the wake of the global financial crisis, questions about the role of all market participants have been raised. Whilst auditors did not cause the financial crisis, everybody must learn the lessons from it. The on-going consultations and enquiries into the role and scope of audit are catalysts for important debates about how audit can evolve to continue meeting market demand”.

“Singapore is an attractive market for international investors, and this is supported by high quality and robust financial information. For Singapore to retain its position as one of the best countries to do business, as well as becoming a finance hub for the ASEAN region, it is critical that audit continues to evolve alongside business, which is why international discussions are so important.” 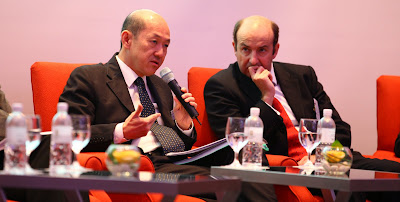 Dr Ernest Kan, President of ICPAS and Michael Izza, CEO of ICAEW, share their thoughts at the panel discussion.

Dr Ernest Kan, ICPAS President, said: “The EC Green Paper on Audit Policy has created opportunities for debate on how the audit function can be improved to contribute to increasing financial stability. The topic of audit policy is especially pertinent to Singapore, given its status as an international financial centre, and the global nature of capital markets today. It is thus vital for the profession to understand the paper’s implications on the future of audit. The forum is in line with our goal to engage the profession in discussion regarding this development.”

Key issues regarding audit quality enhancements, value of audits, and auditor’s independence were also discussed by the panellists.

“Audit provides independent assurance that underpins confidence in the capital markets said Mr. Yeoh Oon Jin, moderator of the panel discussion. “Enhancing the quality of audit will play a significant role in helping to re-establish trust and confidence in the financial markets around the world, particularly as the global economic recovery is at a delicate stage.”