TMC Education Corporation Limited  has announced the appointment of Mr Kwan Yew Ting as Chief Financial Officer, who will be responsible for overseeing the company's finance and treasury..

Mr Kwan is experienced in finance, having held various senior positions, including Chief Financial Officer of China Auto Electronics Group Limited as well as PT Kasih Industri Indonesia from 2010 to 2011 and from 2011 to 2012 respectively.  He was also Finance Director at Gain City Best-Electric Pte Ltd from 2012 to Mar 2016.  From Aug 2005 to Apr 2010, he held the position of Audit Manager, IPO Services at Ernst & Young LLP Singapore.

Mr Kwan is a member of the Institute of Singapore Chartered Accountants. 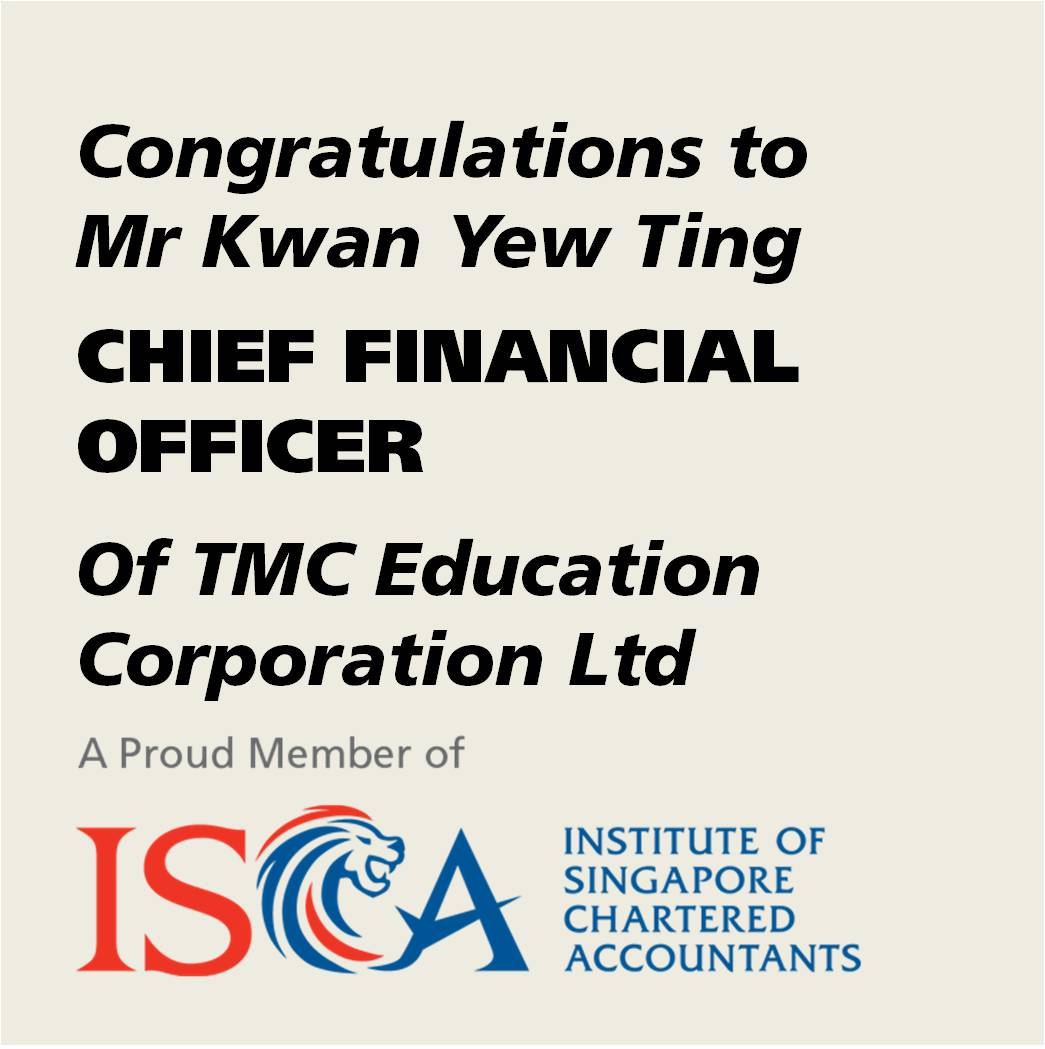