HLH Group Limited  has announced the appointment of Ms Ong Chye Hong as Chief Financial Officer, who will be responsible for overseeing the company's financial functions.

Ms Ong has over 20 years of working experience, having assumed the role of financial controllership in various listed companies. Between 2011 to 2012, she was Group Chief Financial Officer and Company Secretary of Singapore-based Federal International (2000) Ltd; and from 2010 to 2011 Ms Ong was the Chief Financial Officer & Company Secretary at Asia Water Technology Ltd.

Ms Ong is a Fellow of the Institute of Singapore Chartered Accountants. 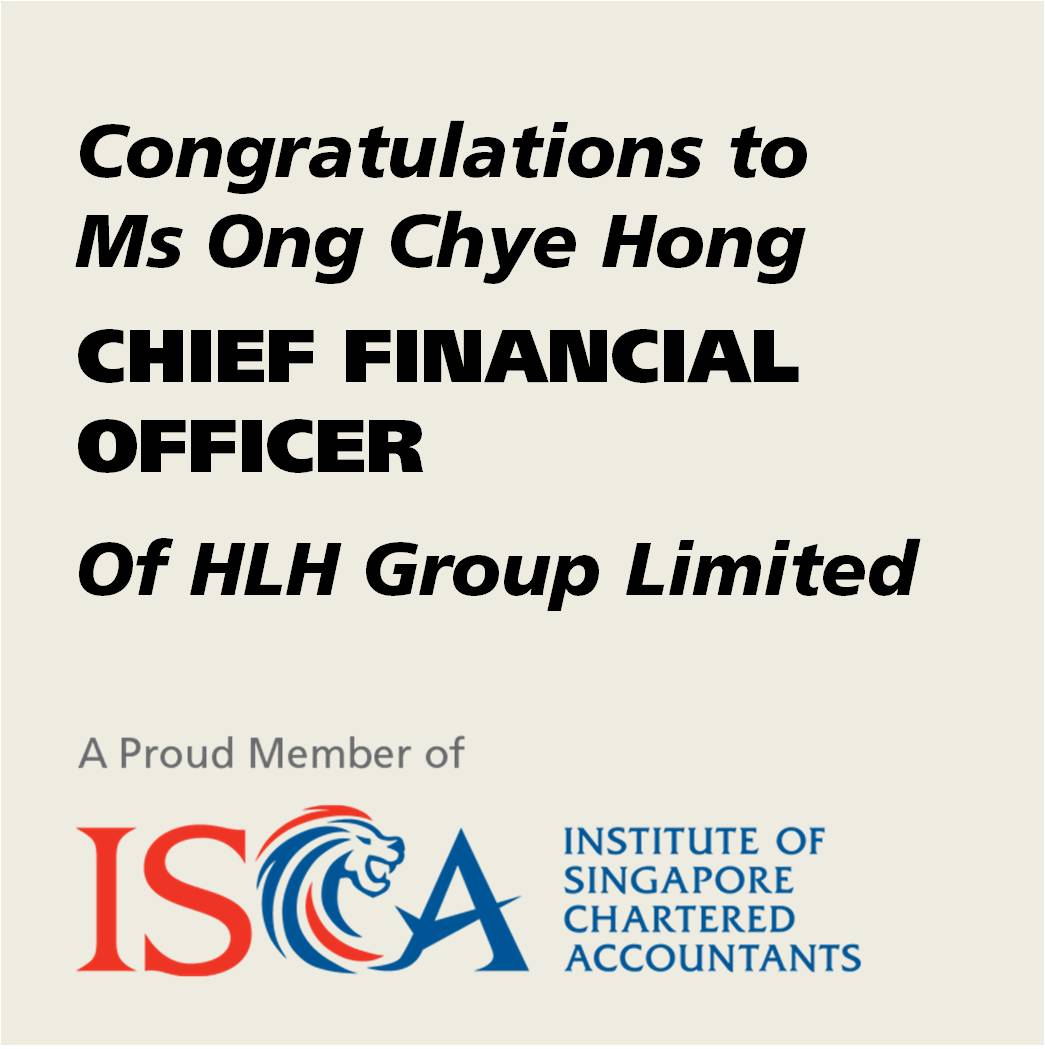