ISCA member Maria Teo represented ISCA at the One Young World Summit, a global forum for young leaders from various countries to gather and discuss solutions to global issues. She shares her experiences in this blog post.

In May, I applied to represent ISCA and the Chartered Accountants Worldwide at the One Young World 2019 (affectionately known as #OYW2019). I knew only that it was a global forum and had young leaders from all over the world, and that Chartered Accountants Worldwide had put together a delegation of twenty young people to attend. The next few months were a whirlwind of activity to prepare the delegates-to-be on how to get the most out of OYW. When I recap anything of OYW, I count the below among my most fond memories: 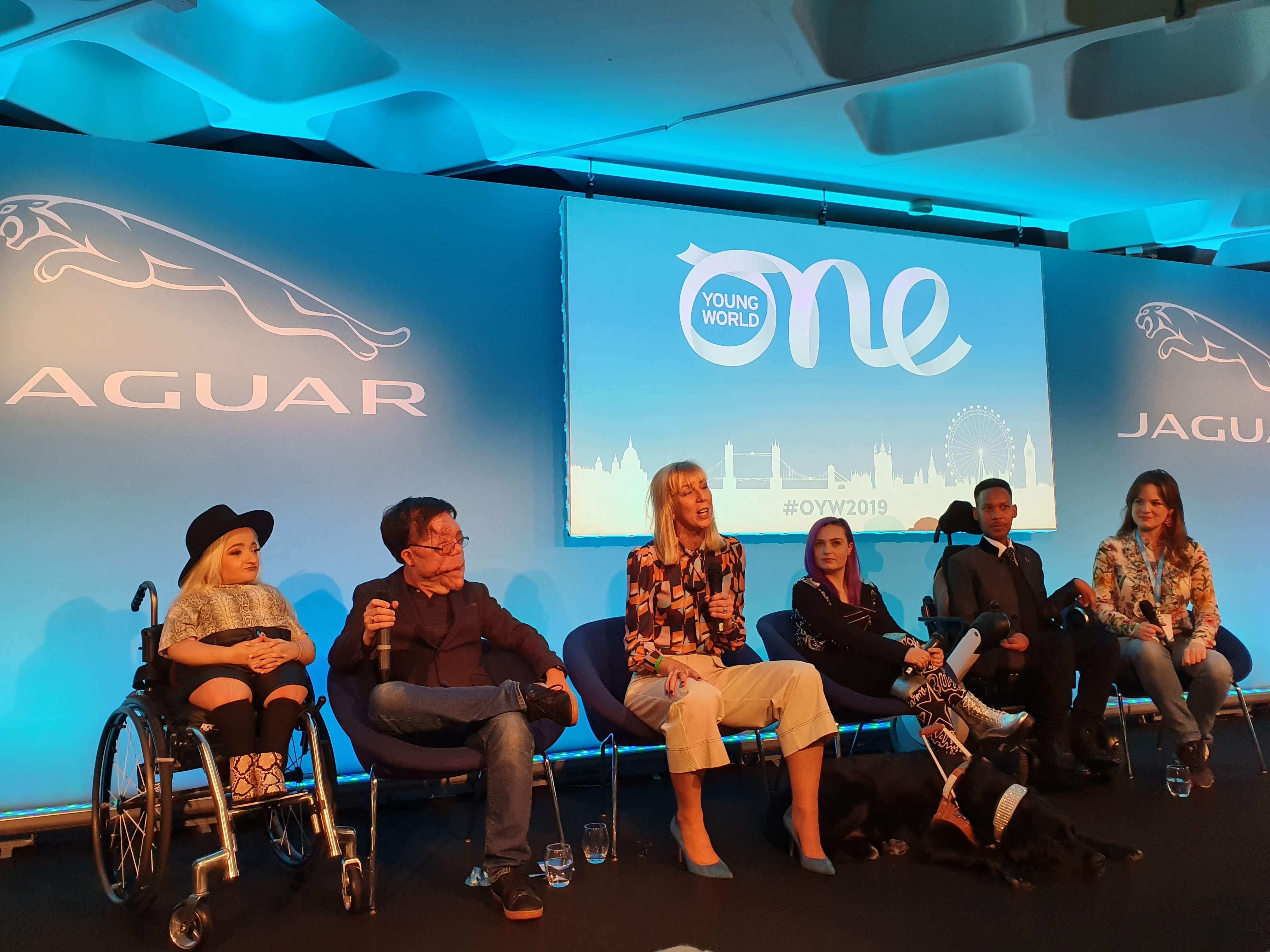 I was most inspired by a panel led by Caroline Casey, heading the movement #valuable500 pushing for companies to include disability on the board agenda. It seems incomprehensible that an $8 trillion industry of the disabled and their family and friends (according to the Global Economics of Disability Report) was being excluded from most markets.

Her panel had models, influencers, educators and the first disabled person to be going to outer space next year, and they all stated that disabled people are creative, innovative and hardworking – who would not want such people on their team? I spoke with panelist Adam Pearson, an actor and comedian, who shared how his travels to Singapore and our common interest in stand-up comedy. It was as normal a conversation as I had with any other delegate at OYW but he had overcome significant difficulty and planning to make his travels happen.

The message underlying many sessions is an ominous one: we do not have enough time to reverse the harm we are inflicting on the planet, nor will we meet the UN’s sustainable development goals (SDGs) or the Paris climate treaty, if nothing changes. In Singapore, we feel the effects in the form of heatwaves and haze. In a climate change awareness campaign by BP, I realised I generated almost 20 tonnes of carbon a year – and had done nothing to reduce or offset it. If this was multiplied by the people in the world, it is small wonder that the fight against climate change was a losing one. If all of us could do a small thing such as supporting organisations that plant trees or sea kelp, we could make strides against climate change and the environment could have a chance to recover from the centuries of damage.

Youth are not the leaders of tomorrow, we are the leaders of today. Our voice and our actions can change anything we put our mind to, if we put our minds to it. Paul Polman, co-founder and chair of Imagine (promoting implementation of the global goals through transformational leadership) and former CEO of Unilever, stated bluntly: “We should not give the youth a seat at the table - we should give them the table!” Polman was famous for instituting the Sustainable Living Plan, leading Unilever to be a forerunner in sustainability. His message was a shock to me, as youth representation was a non-issue in Singapore whereas European companies had implemented youth councils and committees to bring their youth into the boardrooms. My key take-away from the conference was unanimously echoed throughout all the sessions – build relationships, not walls. It is easy and comfortable to isolate, stereotype and segregate “us” and “them” to justify why things should be the way they are, or that conflict must always exist. The differences we cite are usually due to the circumstances we were born in, or other characteristics we cannot change, such as our gender or skin colour. If we look for commonalities, instead of differences, it might lead us to make very different life choices.