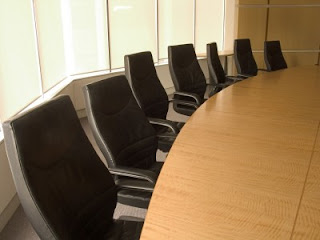 Corporate governance misalignment is not a new trend and needs to be addressed by the board and all stakeholders. This issue was already evident back in October 2008 in Wall Street's reward structure that enabled successful risk takers to receive outsized rewards without significant penalties for failures.

In many cases, the board of directors at these banks failed to link remuneration with long-term performances, as well as in the pre-emption of rights for existing investors. After the massive bailouts by the US government, which have already run into trillions of dollars, the boards of mega corporations such as Citigroup have come under intense public scrutiny.

Recently, at the start of the second quarter of 2010, Charles Prince, former head of Citigroup, apologised publicly for not 'foreseeing' the crisis, which led to write-downs in excess of US$100 billion for the group, due to over-leveraging in sub-prime mortgages.

One, globalisation of the world economy also means that domestic problems can lead to a worldwide financial meltdown. What started out as a problem in the United States has swiftly affected the rest of the world and left many economies reeling from the spillover.

Two, corporate America's failings in governance and its failure to keep in check a culture of greed has led to the destruction of many firms and institutions in the last few years. Now, corporate governance reform is back on the legislative agenda, and governments are working with the respective organisations to develop and put in place more effective corporate governance standards.

In Singapore, these last few weeks have been abuzz with suggestions on how to enhance the framework for corporate governance, after the Monetary Authority of Singapore (MAS) issued a consultation paper on proposed enhancements to the MAS Corporate Governance Framework. This framework comprises the regulations and guidelines for locally incorporated banks, financial holding companies and direct insurers.

The objective of good corporate governance, which addresses the 'principal-agent' issue through a blend of corporate legislation, stock exchange listing rules and self-regulatory codes, is to protect shareholder rights, enhance disclosure and transparency, enable the board to function effectively and provide an efficient legal and regulatory enforcement framework.

I would like to share my perspectives specifically on the MAS proposals relating to time commitment and director independence, which has elicited the greatest debate from the industry.

MAS has proposed that the Nominating Committee 'set internal guidance on the time commitment expected of each director', taking into consideration the competing time requirements faced by the director's duties on the various boards.

Given rising business complexity in a fast-changing climate, the onus should be on nominating committees to set guidelines based on their understanding of how much time is required for each director to fulfilhis/her duties. At the same time, directors should seek to observe the guidelines on each board they serve to ensure that there is sufficient time to properly discharge their duties.

Board independence is another area of debate. Independent directors play an important role in protecting the interests of shareholders and other stakeholders. They should serve the best interests of the company, which includes both majority and minority shareholders, while at the same time ensuring that the interests of the minority shareholders are not overlooked. Hence, the focus of the board should be on having individuals of high capability and strong integrity as independent directors so that sound and ethical decisions are made. But the board should also be careful not to swing into the extreme of setting rigid rules on independence such that these become the sole and overriding consideration for any board appointment. Instead, the board should focus on appointing suitable individuals to ensure that the company's interests are best served.

In the wake of the financial crisis, public scrutiny has increased in America and across the world. As a result, many welcome a higher bar for corporate governance. Although there is no one-size-fits-all model, a key guiding principle should be for all companies to stand by the same code of corporate governance. Small and medium enterprises should also be encouraged to follow the same code as followed by listed companies.

But for any code or guidelines to be effective, the board needs to instil a culture of good governance and exercise strong ethical leadership. This would encompass having a long-term, rather than short-term, view on profits, and an emphasis on corporate social responsibility. At the same time, the board needs to seek the endorsement of its shareholders and employees.

As former US senator Robert Kennedy said: 'Few will have the greatness to bend history itself; but each of us can work to change a small portion of events, and in the total of all those acts will be written the history of this generation.'

Only through the combined efforts of all stakeholders in Singapore and globally will we be able to avoid repeating the history of catastrophic financial crises brought about by poor corporate governance.

This article was contributed by Dr Ernest Kan, President of ICPAS, published on 18 May 2010 in The Business Times.